You are here:
Tours & Games 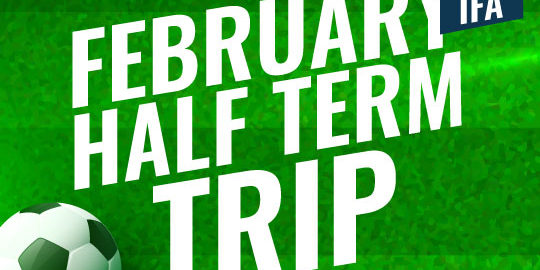 Games against Everton, Blackburn Rovers & Accrington Stanley have been confirmed. For the following age groups Under 8s, Under 9s/10s, Under 11s/12s, Under 13s/14s

The February Half Term tour – We shall be looking to return to the North West, the exact games and dates will be confirmed over the next few days, but the departure date shall be Tuesday 14th February 2017. We had originally made provisional plans to go to the North East but it has transpired that there half term is a week later than ours, so we shall look to play Middlesborough and other teams from that area, later in the season.

The duration of the trip this time shall be for 3 days as opposed to four, allowing for Christmas expenditure, the cost of the trip shall be £298.96