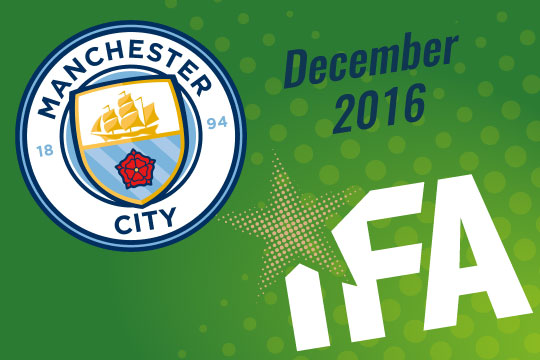 Head of the Independent Football Academy, Plymouth, Stuart Henderson, is delighted to announce an upcoming set of games against Manchester City FC academy.

The games will be played at Manchester City’s state of the art training complex in December 2016.

Based on our costings for the 2-day trip, it will work out at ?171.81 per player & this is on an all-inclusive basis, so the only additional monies your son will require will be for their own purchases during the trip and we suggest a maximum of ?20 for the 2 days.

Please note the costs includes all transport, Breakfast and Food each day. We will also provide a meal on the trip home on Saturday within the price.

As we are already booking hotels & training facilities for this trip your payments are required as follows: –

All payments are to be made to:-

You will need to seek permission from your son?s school for them to attend this trip as it will mean that they need to get a days authorised absence approved. Should your son?s school require official confirmation of this trip, please use this letter in the first instance and come back to Stuart Henderson directly, should they require any further input from the IFA.